Thirty-one years after acquiring what he describes as a “trailer load of junk”, Maurice Rolfe’s DH.89A Dragon Rapide VH-UXZ made its first post-restoration flight – and that same weekend picked up a coveted award.  With John Williams at the controls, the Rapide lifted off from Moorabbin Airport on 28 March for an hour long shakedown flight. That same afternoon the aircraft was flown to the Antique Aeroplane Association of Australia’s (AAAA) National Fly-in. It was here that Maurice and Paige Rolfe were rewarded with the Reserve Grand Champion award for the magnificent restoration of this classic British biplane.

The Rolfe’s Rapide was built as a wartime Dominie trainer, c/n 6801, in October 1944 at Loughborough by Brush Coachworks Ltd under a wartime sub-contract to de Havilland Aircraft Co Ltd. A month later it was taken on RAF charge as Dominie 1 NR713 and served with the service for three uneventful years until disposed of and sold to Field Aircraft Services Ltd. at Croydon UK. Registered G-AJSL, the Rapide was set for a long civilian career that included much airtime as a flying workhorse with numerous parachute operations across England.

The de Havilland Aircraft Co’s DH.89 Dragon Rapide was designed as a faster and more comfortable development of their DH.84 Dragon. Although originally named the Dragon Six, it became known simply as the Rapide.

The DH.89 is traditional de Havilland of the period, with wooden construction and fabric covering, but featuring streamlined tapered wings and trousered undercarriage, with power coming from a pair of 200hp DH Gipsy Six engines. The prototype first flew at Hatfield on 17 April 1934, and the type stayed in continuous production over the next ten years. A total of 728 civil and military DH.89 Dominies were built and used worldwide. The DH.89A built from 1937 onwards featured various refinements, including a change to 200hp DH Gipsy Queen 3 engines.

As G-AJSL, Maurice’s Rapide carried various nicknames during its UK civil life, including ‘Friar Tuck’ and ‘Pegasus’.  Its eventual demise would come when owned by Trent Valley Aviation Ltd, at Castle Donington. It was being operated by Northern Parachute Centre in 1969 when it was ‘bent’ when it nosed over on landing at East Midlands-Castle Donington airport during a night training exercise.

It was stored at East Midlands until in 1977 when it was sold to Australian Sander Veenstra, of Melbourne. Sander imported the Rapide along with numerous other antique aircraft for sale here. The now forlorn looking Rapide was soon sold to Doc Penny and arrived at the Sunbury-Penfield Airfield Victoria, still with damaged nose section and retaining its Rothmans Parachuting Team blue & white paint scheme.

In 1983 G-AJSL was acquired by Maurice, who purchased it from the estate of engineer Ross Bloss who began its restoration in 1980. The Rapide was only partially restored and it really required a total rebuild. Maurice was at the time working at Essendon Airport and also owned the restoration project Percival Proctor VH-DUL.

In 1986 Maurice, the Rapide and his business moved to Moorabbin Airport where he set up Mills-Rolfe Aviation and the Rapide became a back–of-the-hangar project. As the Rapide began to advance in the late nineties, there were plans hatched to fly the aircraft around the world, however these never eventuated.

It would not be until 2012 that the Rapide now named ‘Lady Penrhyn’ was able to be taxied, and trials at Moorabbin Airport began that May. (Lady Penrhyn was a First Fleet convict ship which left Portsmouth for Australia on 13 May 1787, carrying 101 female convicts. The original VH-UXZ was owned by ANA who imported it in 1937. Sadly it crashed into the sea off Flinders Island, Tasmania, on 5 May 1942.  The aircraft was attempting to land on one engine following an engine failure after departing for Melbourne. However, it could not make land and struck the sea at Marriott Reef off Tanners Bay, killing Captain Ray Weston and 3 passengers.)

This year Maurice then set himself a deadline, and attending the upcoming AAAA 2014 National Fly-in at Temora NSW was the aim. All was in place but last minute paperwork issues saw the Rapide registered in the Experimental Category for the test flight program.

In the days prior to the flight there was much activity as last minute issues where addressed, final tweaks made to the engines and pilot John Williams familiarising himself with the aircraft. The Rapide was readied for a first flight during the week prior, but the tweaks took longer than Maurice’s team had hope for, and as mentioned, the first flight was to be on the same day the aircraft was due to fly to the AAAA event.

Word had got out and a large number of supporters were on hand for the historic occasion. At midday the aircraft was taxied to the airport’s run-up bay. With pre-flight checks completed it was lined up, but with a crosswind from the right causing a slight swing, the first take off was aborted. Lined up again, and with the two Gipsy Six engines ‘humming’, the Rapide accelerated in a tail down attitude until John Williams lifted Lady Penrhyn off at 12:41 for the first time in forty-five years.

As the Rapide circled over the top of the airport, with its Gipsy engines running like sewing machines and the flying wires singing, it was a sight and sound that the airport had not witnessed for decades; and indeed something many of the young trainees there had never observed.

With the test program successfully completed, the Rapide was readied for the flight to Temora NSW. At Temora, as the last of Friday’s arrivals were being pegged down for the night, the sight of the Rapide entering the Temora circuit stopped everyone, and an excited buzz went around the grounds.  The aircraft had an enthusiastic crowd gathered around it on landing, and  it remained that way all weekend. And when it could break away, it managed to clock up a few hours in the air too. At the AAAA Award night dinner, 31 years of dedication and the last minute efforts of many were rewarded with the Rapide taking home the Reserve Grand Champion Award. The story of Lady Penrhyn’s restoration, the unwavering dedication and commitment of its restorer/owner, right down to the last minute efforts of many are the epitome of the Antique aircraft movement. The Rapide is now set for another long career, fittingly on centre stage at Antique events across the country.  Rob Fox 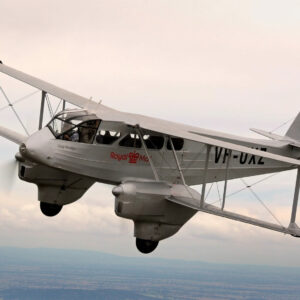 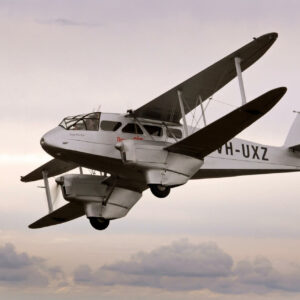 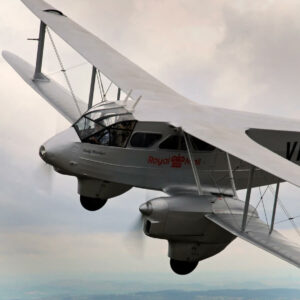 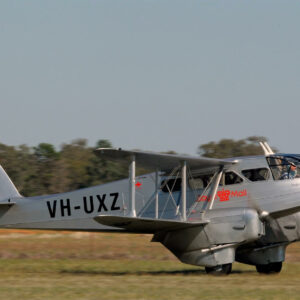 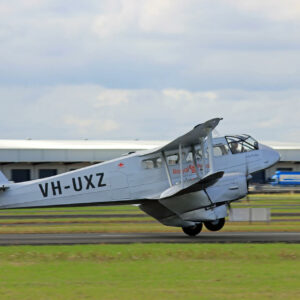 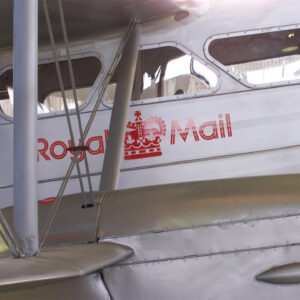 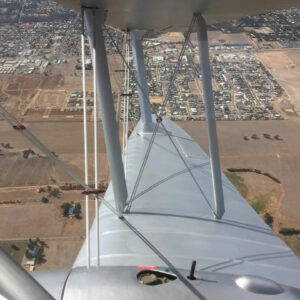 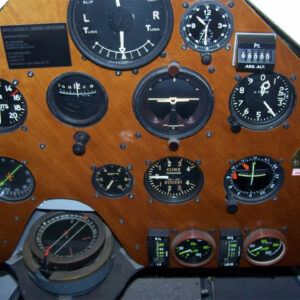 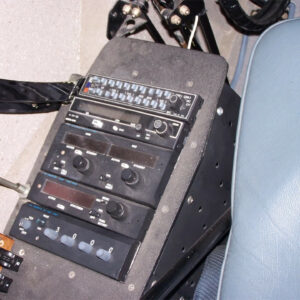 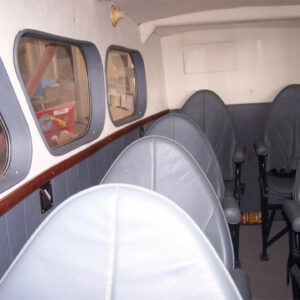 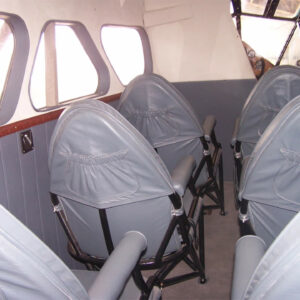 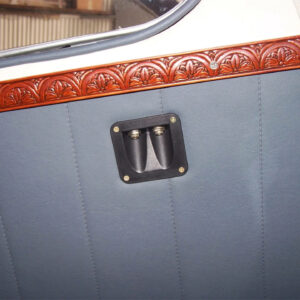