The Hawker Sea Fury is a British fighter aircraft designed and manufactured by Hawker Aircraft. It was the last propeller driven fighter to serve with the British Royal Navy, and one of the fastest production single reciprocating engine aircraft ever built.  Developed during the Second World War the Sea Fury entered service two years after the war ended. It proved to be a popular aircraft with a number of overseas militaries and was used during the Korean War in the early 1950s, and by the Cuban Air Force during the 1961 Bay of Pigs Invasion.

The ISS (Iraqi Single Seater) Fury was an export land based version of the Hawker Sea Fury ordered for the Iraqi Air Force. In 1946, Iraq bought its first 30 Fury F.1 fighters and two Fury T.52 trainers. These aircraft were operated by Nos. 1 and 7 Squadrons. Iraqi Furies did not take part in the first weeks of the 1948 Arab-Israeli War. However, after newly-received Israeli Boeing B-17’s started bombing Arab cities, the governments of Syria and Transjordan demanded that the Iraqis deploy their Furies. Hence, six aircraft from No.7 Squadron were transferred to Damascus in late July 1948 The Iraqi Furies didn’t see much action during that war, because of the limited amount of ammunition supplied by the British. Only armed reconnaissance missions were flown, and no air combats with Israeli aircraft were reported.

An additional 20 Fury F.1s were acquired in 1951, which enabled No. 4 Squadron to start operating the type Iraqi Furies saw action during the numerous Kurdish Uprisings in the north of the country, throughout the 1960s. They notably performed close air support missions, as well as attacks on villages, rebel-controlled roadblocks, and troop concentrations.

In 1979, American aircraft collectors Ed Jurist and David Tallichet purchased 24 ISS Furies from the Iraqi government and shipped them to Orlando, Florida, USA where they were offered for sale. ISS 249 was purchased by Rob Poynton / Panama Jacks Vintage Aircraft Co. and shipped to Perth, Australia where its restoration began. In 2009, it was sold to its current owner and shipped to Belgium where the restoration was completed by FAST Aero.
ISS 249 is only of only four surviving Hawker Fury / Sea Fury which flies with an original Bristol Centaurus 18 sleeve valve engine.

This is also the only ISS Fury currently flying in its original Iraqi Air Force markings. 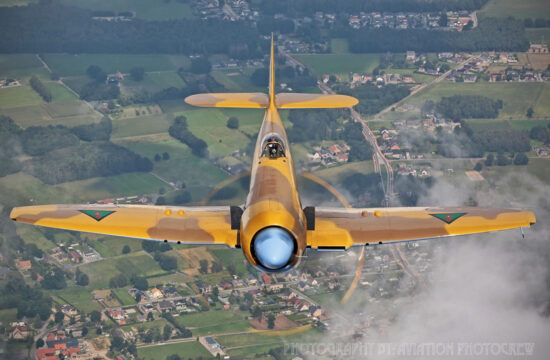 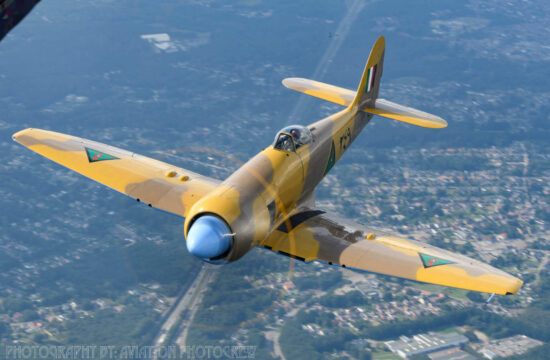 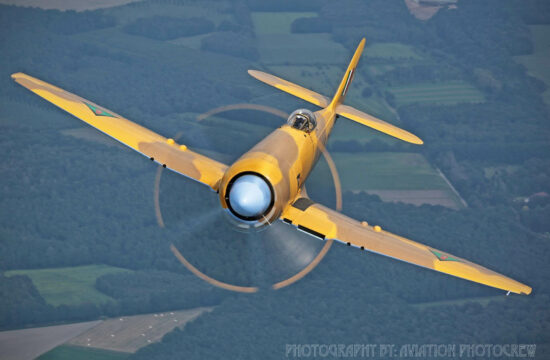 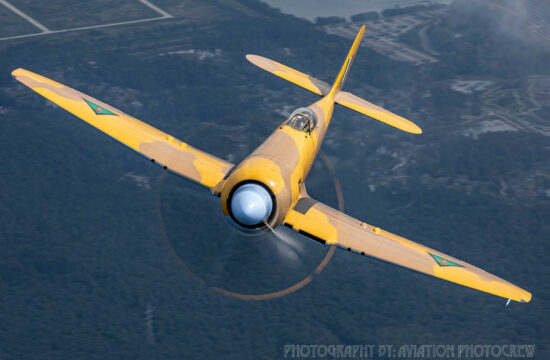 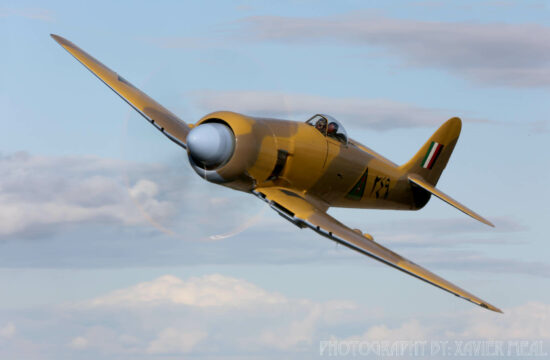 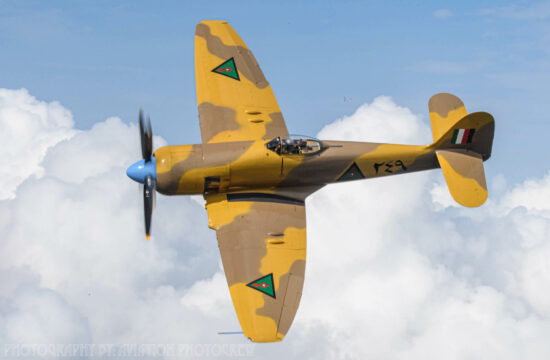 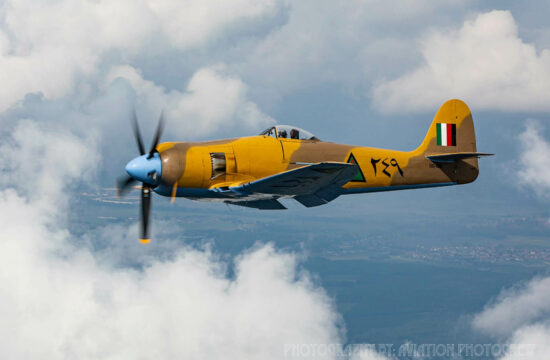 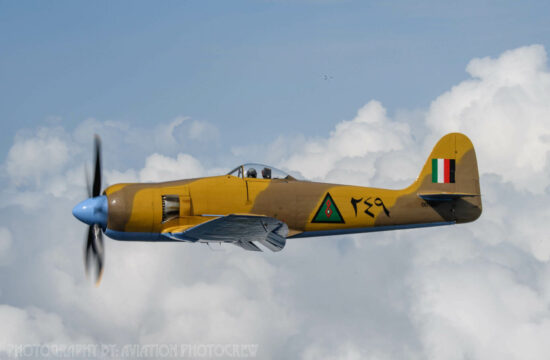 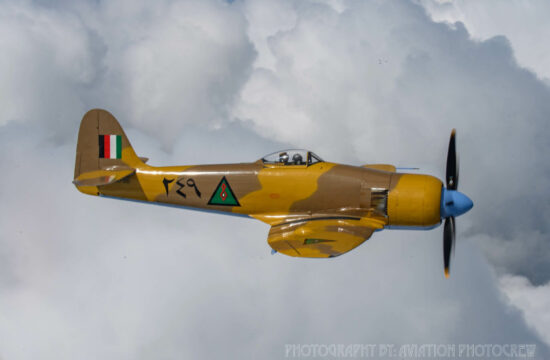 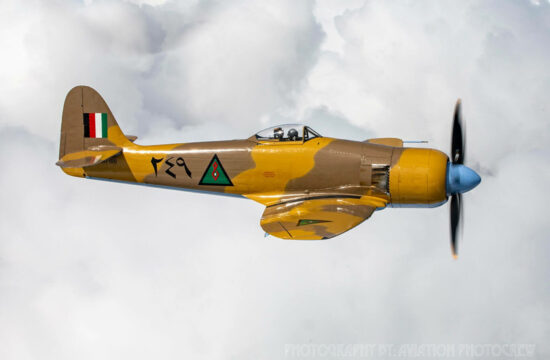 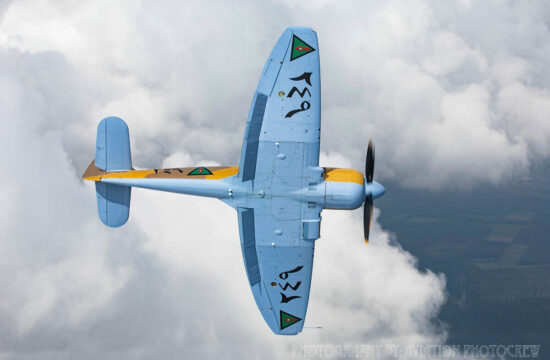 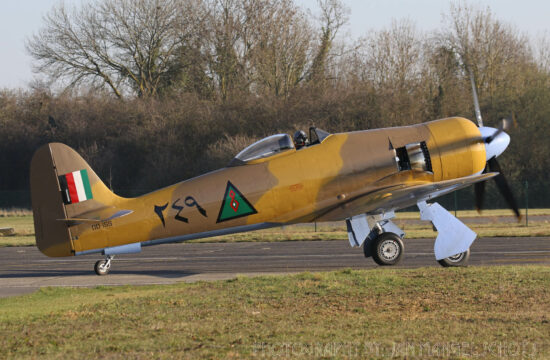 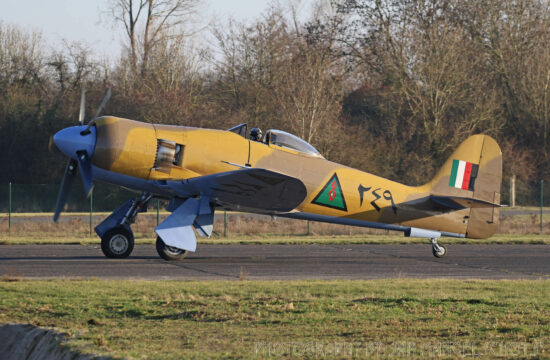 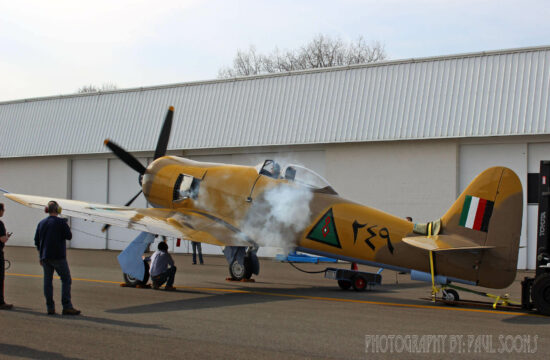 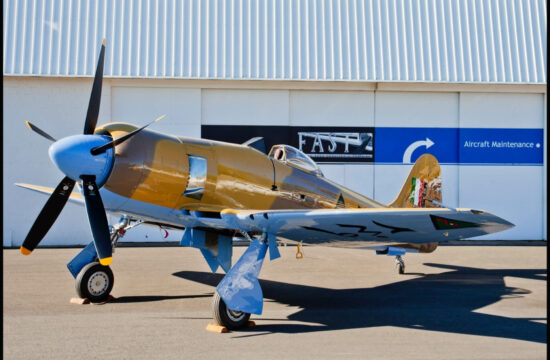 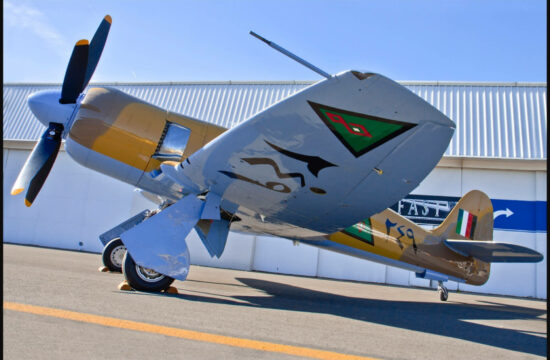 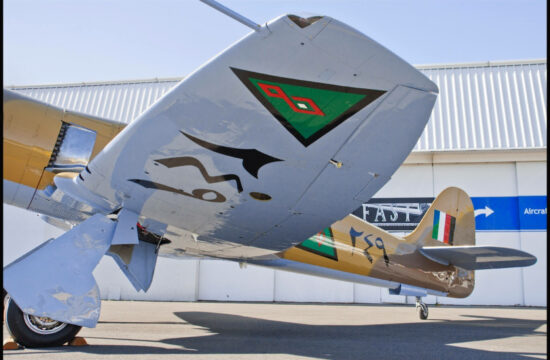 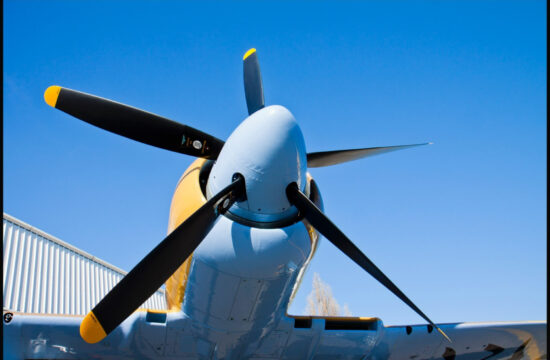 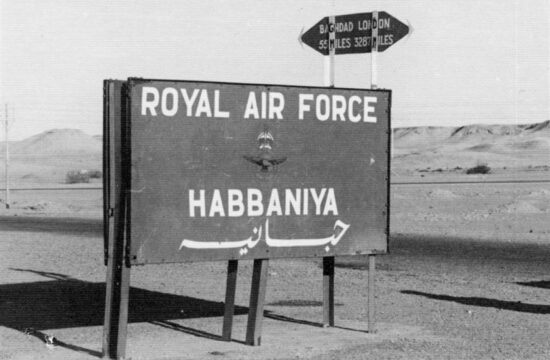 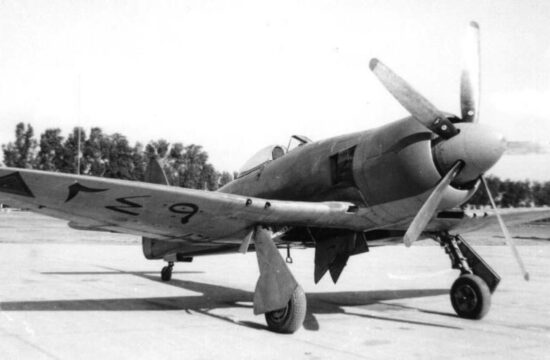